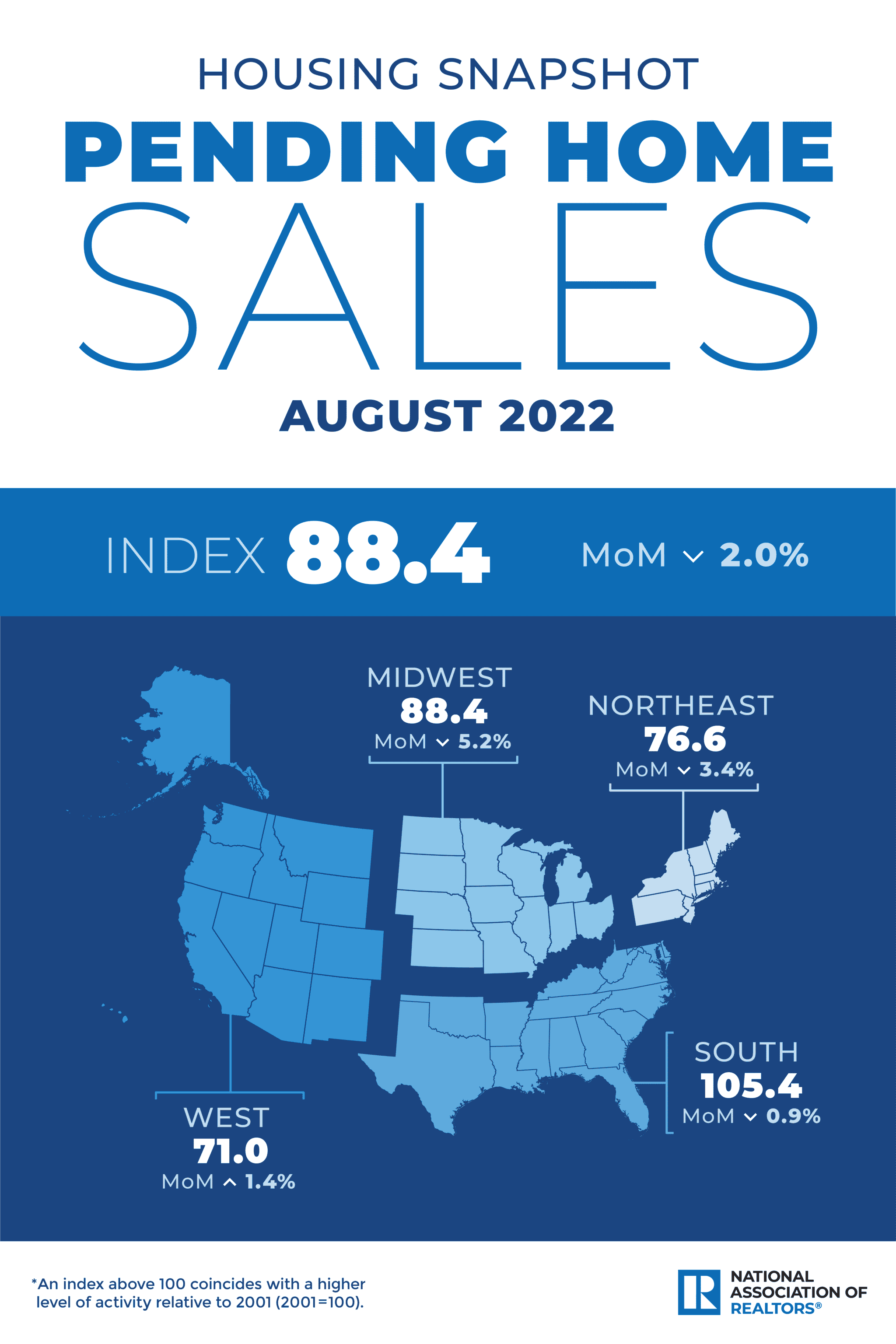 Pending-home sales fell for the third month in a row in August, posting a 2% decline on top of July’s 1% dip, the National Association of REALTORS® reported, citing its Pending Home Sales Index.

Year over year, sales were down 24.2%. Pending sales, in which the contract has been signed but the transaction has not closed, are considered a leading indicator and generally precede existing-home sales by a month or two.

“The direction of mortgage rates — upward or downward — is the prime mover for home buying, and decade-high rates have deeply cut into contract signings,” NAR chief economist Lawrence Yun said in a press release. “If mortgage rates moderate, and the economy continues adding jobs, then home buying should also stabilize.”

Looking ahead, Yun expects the economy to remain “sluggish” for the rest of the year and mortgage rates to approach 7% in coming months. NAR expects existing-home sales to decline 15.2% to 5.19 million units in 2022, while new-home sales are projected to fall 20.9%. Prices are expected to close 9.6% higher in 2022.

Regionally, the West was once again the only region to see an increase in its sales index, with a 1.4% rise from July. The Northeast dipped 3.4%, while the Midwest slid 5.2%, and the South decreased 0.9%.

Dallas-area home sales and prices to grow in 2023, Realtor.com projects